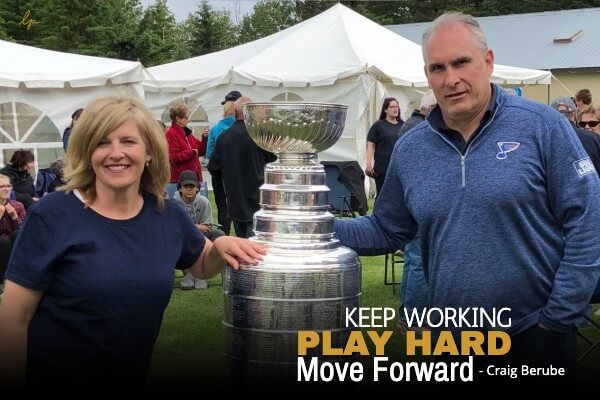 From last place to Stanley Cup.

The St. Louis Blues are a living, breathing example of how important mindset management and mental toughness are to a team. In sports, mental toughness is defined as the ability to focus on and execute solutions, especially in the face of adversity. The team and its coach could write a book on it.

Craig Berube, coach of the St. Louis Blues is a nan incredible example of mental toughness. Undrafted for over 30 years of his career, no NHL team took a shot on him until the Philadelphia Flyers signed him on March 19, 1986. During his first game, he picked up two fighting majors, setting the tone for a career on the ice that lasted over 1,000 games. In 2013, as coach of the Philadelphia flyers, he took the team to the finals, lost and was fired.

Berube wasn’t born with toughness, it was developed and strengthened over time. He sacrificed his own agenda on and off the ice. He always had a team-first mentality. Berube learned at a very young age that you always did the hard things first.

·     You picked your weakest spot and worked on it first during every practice.

·     You were accountable to yourself, to your coach and to your team.

·     You always remembered where you came from, no exceptions.

The past shaped him for greatness and was the fuel that allowed him to inspire his team with heart. He earned the title of “The Enforcer,” having high expectations as a player from his teammates, then as a coach from his players and fellow staff members.

The Blues franchise had never won a Stanley Cup until 2019 and no player on their roster had, either.

What if after getting fired, Craig had given up hockey?

The world wouldn’t have gotten the opportunity to meet and fall in love with 11-year old superfan, Laila Anderson. Laila suffers from a rare autoimmune disease that required a bone marrow transplant. Members of the team met her during a hospital visit and became inspired by her fighting spirit.

The exposure given the team on and off the ice allowed the world a new opportunity to donate to the ”Be The Match Donor Registry” and watch the reunion of a healthy Laila and her bone marrow transplant donor during one of the games.

https://www.bethematchlaila.com/  All donations go to support the millions of Americans on the transplant list who need bone marrow to live.

Everyone Can Benefit from Mental Toughness

Mental toughness isn’t just required for success in sports or business, but mental toughness is absolutely vital for the millions of North Americans who will be diagnosed with a serious blood disease to stay alive.

(*Data gathered by the Institute for Justice)

Mental toughness is the skill, a characteristic, and a mindset that helps you also win in business. It’s that Edge Learning internal skill that will get you through the rough times and empowers you to perform your best with less effort, less struggle, and less stress.

The great ones who resonate with mental toughness have the ability to absorb the unexpected and remain supple and non-defensive. They maintain humor even when the situation becomes tough.

Great leadership means … you remain flexible in your approach in the good times and the bad. You are always on the lookout for new ways to solve the most current problems.

Great leaders always find the strength to dig deep and garner the resolve to keep going, moving forward even when in a seemingly losing game.

Game-ready business leaders bring that same intensity, through all the beatings entrepreneurship has to give.

It was the title of ‘enforcer’ early in his career that paid respect to Craig’s determination and grit. It was his relentless persistence, and game-ready leadership that resonated with the St. Louis Blues team. But it was Craig’s strength on and off the bench that led them all to victory.

Whether the arena is sports, life or business, the same principles of mental toughness and resiliency apply.

Your past may not define you, but it explains you.

You’re relentless and mentally tough because life taught you to be that way.

Embrace your mental toughness, and don’t apologize. Use it as your fuel to win.

More about Lisa: An advisor to influencers and business leaders, finding new opportunities for them. Lisa’s contagious personality and zest for life resonates with audiences everywhere. A serial entrepreneur, who’s goal has always been to help others by ensuring they have the right opportunity with the right strategy to create new possibilities.

Lisa is a believer in realizing one’s potential. The impossible is attainable and only you can judge the level of your success.

Learn more about how to make money with assessments: https://www.LPassessments.com 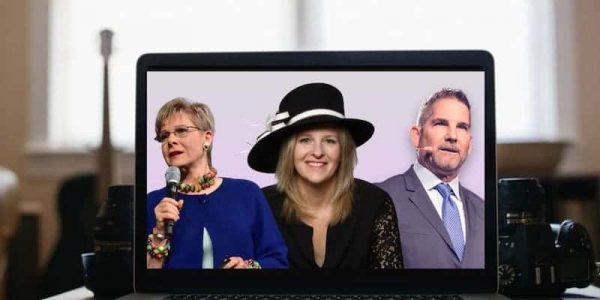 You’ve just heard someone mention “reusable learning object” (RLO) and you get the idea you should already know what it is, but you’re too embarrassed to ask anyone. Congratulations, this post is for you.

You already know that creating great content is why your audience keeps coming back for more and more, and it’s why they refer others to you. It is also the essential component for a reusable learning object.

The theory is, if you assemble learning in bite-sized units, rather than weave it into very complex and programs, you later re-purpose the learning video files and assessment pieces (reusable learning object) into other courses, where they can shine anew and in combination with newly created content.

The key to your RLO is the database. Whenever you create learning IP, it must be indexed in a way that lets you find and use it again (or differently), as needed.

Over the course of the past several years, I’ve repurposed 1000’s of video files and testing assessment pieces from one learning program into another. As essential component of that process was how the files we indexed.  With out the proper procedure and system it would have been very difficult to have re-configured them accordingly into new online courses and as reusable learning objects.

When you repurpose learning content, traditionally you split a large course into mini courses, or bundle mini courses into one larger course. No matter the original course of material or purpose, there is absolutely no one saying you can only use it once.

When you are looking at designing your courseware, do not script it with a chronological sequence. I can’t tell you how many times, I have had to look at content and the first thing said by the expert is this:

This will create more work for you or your editing team. DON’T chronological your content. You can always add a buffer on the front and back, but create it with the mind set that you may re-purpose at a later date and use the files as reusable learning objects.

Spending some time thinking about the strategy of how you will use the content as a reusable learning object before you create it will save you time, resources and lots of money in the long run.

I can recall having looked at content from sales expert and influencer Grant Cardone. Jarrod, (Grant’s President) and I were determining what content that they had already created that would match the core competency of best practices for communication. We could then use as reusable learning objects so we could architecture a course that would be best suited for approval for Certified Financial Planners for continuing education credits.

The Cardone team did a great job of understanding that the chapter video files could be used as reusable learning objects because they were ‘a stand online piece of content about one specific topic.’

We essentially took the one chapter from other courses designed around the topics of negotiation skills, cold calling, and follow up and created an entirely new course with the reusable learning objects.

I then submitted the newly configured online course to the Certified Financial Board and got approval for continuing education credits for CFPs.

I think you’d agree with me that we are living in a content creation world. It always astonishes me when I work with potential new clients and suggest to take sound bites from their already created online course content and re-purpose them for Instagram and Facebook stories or as 1 minute LinkedIn quick video’s that until I uttered the words, they’d never thought of it.

Grant really does a great of this and so does my good friend and long-time client Hall of Fame professional speaker and speech coach, Patricia Fripp.

Here’s an example of content I created for her recently using reusable learning objects from one of her presentation skills online courses in her FRIPPVT and a clip of video I helped her create a marketing strategy for specific to her Fripp Speech Model.

It’s so simple at the video edit production stage before the files become courses to create small 50 – 60 second sound bites that you can then push on social media.

Got old content? Think about adding an up to date front end ‘buffer (a quick sound bite of you to start the video)

Marketing is key to the success of your brand, which includes products and services. Awareness is the name of the game.

Find absolutely everything you ever created in the past and find new ways to repurpose to drive more social media awareness to you and to your brand.

Remember, you don’t have to reinvent the wheel (but you can update it.) Reusable learning objects should always be part of your marketing strategy when you are creating new online course content. 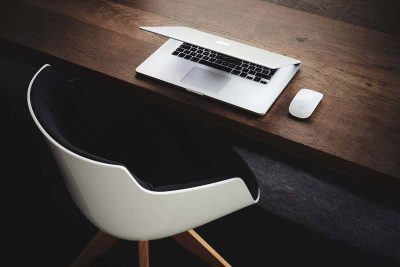 Edge Learning is the core ingredient for success professionally and personally. Your Edge Learning skills have the most power and impact on your ability to grow, lead, influence, motivate, and make money.

In order to not just survive, but thrive, you must be an Edge Learner. Edge Learners have adopted a growth mindset where they are eager to refine and expand their skills. Legendary entrepreneurs like Richard Branson, Warren Buffet, Walt Disney, Denise Coates; are all lifelong learners who are dedicated to their Edge Learning skills.

School debt is quickly reaching $2 trillion dollars in North America, Salaries are well below the cost of living, and job security – well it no longer exists.

To succeed in the new economy, there is an emerging trend called Edge Learning, which is quickly being adopted by universities, high performance people, and disruptive companies.

Edge learning is the continuous process of developing the peripheral skills that have the most impact on a person’s ability to obtain a successful and fulfilled life. Edge Learning is not about memorizing facts, instead it seeks to develop a person’s soft skills through real-world experiences and mentoring from leading experts and entrepreneurs.

In order to not just survive but thrive in this new economy, Edge Learning is a way to augment a higher education as well as enhancing collegiate and post-collegiate degrees. Edge Learning is the process that Industry titans have tapped into for generations.

Edge Learners fully commit to the present while seeing through years ahead in order to define and achieve the best of the future.

Edge Learners embrace today, but have an acute focus on the edges of opportunities to help them create objectives, understand their options, create possible alternatives scenarios and situations to determine the direction moving forward to achieve the milestones set to obtain the goals.

Edge Learners recognize their success is dependent on the subtle skills required to develop outside of a formal education that makes the biggest impact on their success rate.

A recent LinkedIn survey of 2,000 business leaders agreed. They found that more than half (57%) put soft skills, those Internal Edge Learning skills over hard skills ( External Edge Learning) when it comes to what they need their employees to develop to have a more successful career.